Snooki Says She Was ‘Nervous Telling Her Father About Pregnancy’ 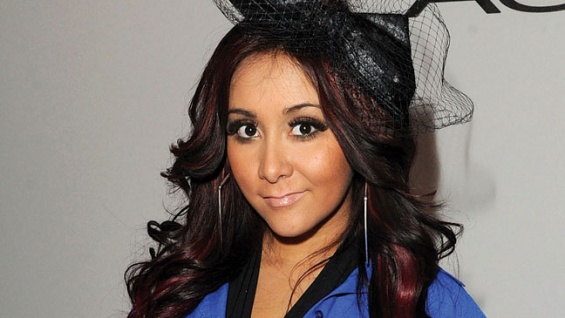 Nicole ‘Snooki’ Polizzi, has told People that she was nervous upon telling her father that she was expecting her first child so unexpectedly. The Jersey Shore star, who recently signed on to be part of the upcoming season – airing later this summer – said that she didn’t know how her father would react, but once she told him and the rest of the family, they were all very excited and happy for her.

“Oh, I was scared to tell my dad, of course!” Snooki told the magazine. [My dad] is excited now. I think [my parents] are more excited than we are. I’m their only child and this is going to be their [first] grandchild.”

In a recent interview, Nicole said that being pregnant has really freaked her out as she finds it puzzling how a human can give birth to another human being, she says: “Being able to produce another human is just so beyond crazy and scary that it’s just weird that you can produce another human,” she said. “It’s just mind-blowing how you can create a person.”

“I really don’t know my involvement yet with the show or where I’m going to be living ’cause, you know, obviously I want to be very careful,” she said. “Because I’m pregnant, I want to be healthy. So it’s just gonna be a different experience for me this summer.”