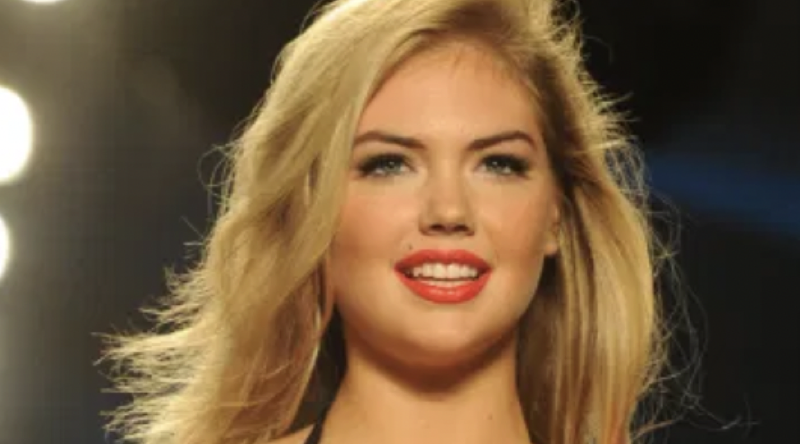 Kate Upton has it, so she might as well flaunt nearly every inch of it, especially when it makes her money.  The 20 year old appears in a smokin’ hot GQ spread for the July issue and celebrity photographer decided still shots weren’t nearly enough.  Terry Richardson is now promoting, The Many Talents of Kate Upton, a video homage to the model.

The video is a summer theme and starts with Upton jogging in slow motion in a somewhat familiar looking red swimsuit.  Yep, she’s channeling Pam Anderson back in her Baywatch heyday.  The rest of the video is broken up into segments of things a girl could do (or try to do) at the beach.  Upton fails at skateboarding and basketball but (Shock!) is awesome at hula hooping.

The boardwalk amusement park caused a bit of a problem, as Upton had a wardrobe malfunction that she did allude to in the GQ article.

“We were on the ride where the seat spins while the actual ride is spinning, and I’m wearing a one-piece, and all of a sudden the whole entire top falls off! I’m holding myself, laughing, turning bright red, but a lot of people are watching, so they kicked us out of the Santa Monica Pier – it was so embarrassing.”

Adds the model, who looked back on the accident with a laugh, “You wouldn’t think that would happen with a one-piece!”

The video closes with Upton climbing out of a pool wearing only a wet, clingy t-shirt on top, giving her fans exactly what they hoped to see, I’m sure.

The preview clip first debuted on YouTube back in May but was temporarily pulled for violating “community guidelines”.

What do you think of models like Upton, that obviously thrive on  the attention of the male fans that ogle them.  I have to think she doesn’t mind at all if an article of clothing just so happens to “slip” in public.  What are your thoughts on Upton and her video?  Tell us in the comments section below!