Tyler Perry On Bobbi Kristina’s Future: ‘She Did A Fantastic Job, She Has Such A Future’ 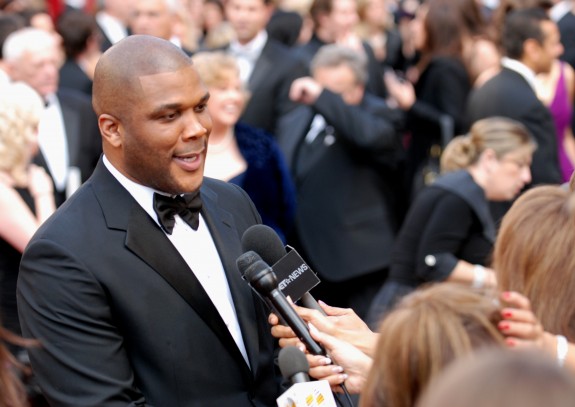 Tyler Perry and friend of the late Whitney Houston, has said that her daughter, Bobbi Kristina has a bright future ahead of her, after she impressed the film director in his TBS series For Better or Worse where Kristina impressed Tyler so much, he only had good things to say about her performance.

“She did a fantastic job. And that kid has a such a future. She’s such an actor,” he tells The Hollywood Reporter. “I’m so proud of her. I’m telling you, as far as she wants to go in the business, she can. What I found when my mother died is you have to be around people that you trust,” he continued.

Bobbi and the rest of the Houston family are currently filming their own reality show, set to air on Lifetime and will feature all the siblings, including her adopted son, who is believed to be dating Bobbi as of right now. Kristina has also shared her love for music to Oprah Winfrey, saying that her dream is also to follow in her mother’s footsteps and become a successful singer.