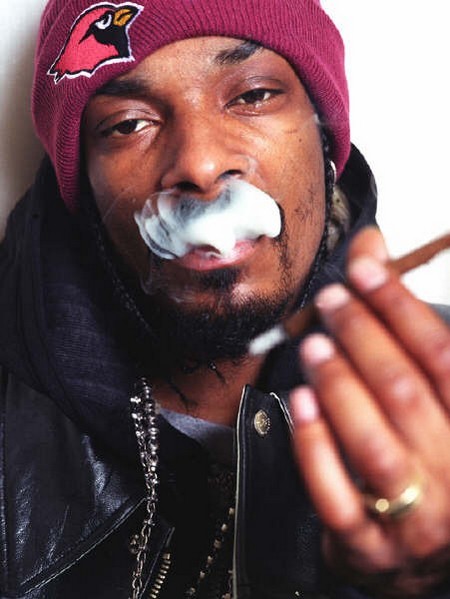 Snoop Dogg the famous rapper and drug addict was busted again.  This time customs officers napped Dogg at an airport in Norway with 8 grams of marijuana.

The incident occured at Kjevic Airport in the city of Kristiansand – lucky for Snoop the punishment for possesion under 15 grams is a fine – about $2000 – which the celeb quickly paid.  Those prisons in Norway can get awfully cold…

TMZ reports: Snoop Dogg was detained at an airport in Norway this morning … after customs officers discovered … wait for it … SNOOP WAS PACKIN’ WEED!!!

The Agder Police Department tells TMZ … Snoop was stopped at customs at the Kjevic Airport in Kristiansand … where officials discovered 8 grams of weed.

According to the cops, anything less than 15 grams is merely punishable by a fine — and in Snoop’s case, the violation ran him 12,000 Norwegian Krone … which converts to roughly $1,980.13.

We’re told Snoop was cooperative … and quickly took care of the fine … because he probably carries that kind of money in his back pocket.

FYI — Snoop is in the country to perform at the Hove Festival at 10:30 PM local time … which still gives him a few hours to find some replacement weed.

What would Snoop do if he couldn’t smoke and be high all of the time?  Is life that ugly?  Does he have to be stoned constantly?  It truly is pathetic.