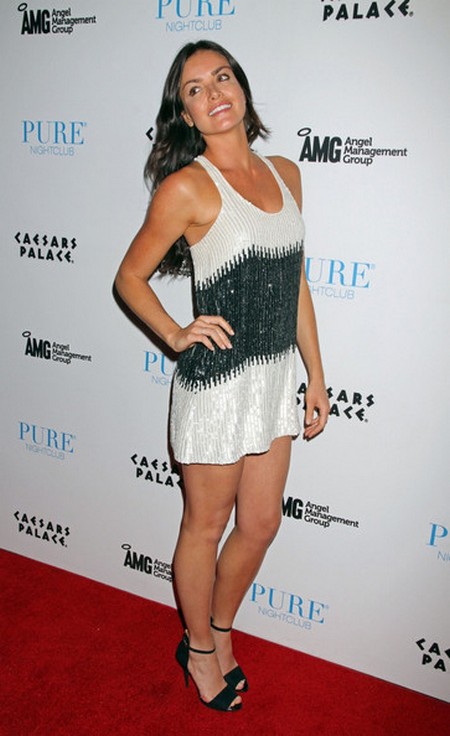 Courtney Robertson is all about the money and is planning a tell-all book that will shock viewers of The Bachelor.  The season 16 winner is all set to divulge behind the scenes details that are sure to shake up those behind ABC’s hit reality show and previous participants.  Who says Courtney behaved like a whore on the show?  She still behaves like one.

In Touch Weekly has the full story: In an effort to repair her tarnished reputation, In Touch can exclusively reveal that Courtney Robertson — the much-maligned fiancée of Bachelor Ben Flajnik, 29 — is planning to pen an explosive tell-all.

“She felt like she was portrayed as the villain, so she wants to get her side of the story out there,” an insider tells In Touch.

The source says that Courtney plans to expose some of the show’s biggest secrets! “From the late night calls from producers telling her exactly how to act and respond, to calls from the production company to talk about her appearing on Bachelor Pad, Dancing With the Stars, and The Bachelorette, Courtney wants everyone to know what really goes on behind the scenes of some of Hollywood’s most beloved reality TV shows,” the insider tells In Touch.

“She knows she may have to change names and facts for legal reasons, but she’s ready to do it,” says the insider to In Touch.