TMZ has a report: 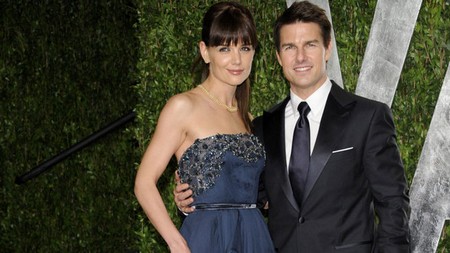 Katie Holmes is the one who filed for divorce and Tom Cruise was “blindsided” by Katie’s legal move … TMZ has learned. We know Katie filed the divorce docs in New York on June 28, citing “irreconcilable differences.”  She is asking for sole legal custody and “primary residential custody” of the couple’s 6-year-old daughter, Suri.
We also know Katie is asking for a “suitable amount” of child support.

Katie also asks for a division of property in her divorce docs, although we know there was a significant prenup that is based on California law.  Katie makes no mention of the prenup in her filing.

We’re told Tom is “very sad” and “did not see this coming.”  We’re also told there is some “nastiness” here, evidenced by Katie’s move to get sole legal custody.
Katie’s divorce petition was filed anonymously, without names.

Stay with us folks as we keep you up to date with all the latest news on this divorce.