The Walking Dead Now Has an Official Magazine (Photo) 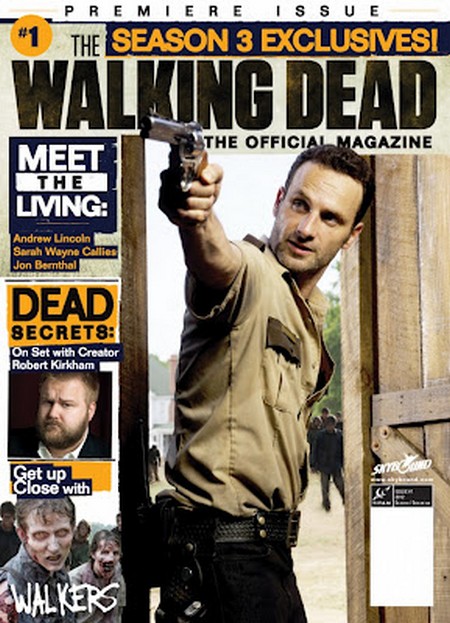 The Walking Dead fans will be thrilled to know that a new official magazine will be published quarterly.  Its aim is to give the shows most loyal fans an in depth, behind the scenes look at how it all comes together on-screen.  Expect exclusive interviews, casting tidbits and more insider information than you’ve ever had before.  Here’s a bit of the official press release:

“Titan Magazines and Skybound are pleased to announce the launch of The Walking Dead, The Official Magazine, based on Robert Kirkman’s Eisner Award-winning comic book series, best-selling graphic novels and Emmy-winning AMC television series based upon them.  Following its transition from groundbreaking comic book to the highest-rated basic cable drama of all time, The Walking Dead has cemented its status, not only as a phenomenon with the wildly diverging fans of horror and of character-driven drama, but as a milestone in quality, mainstream television.

The Walking Dead, The Official Magazine issue #1 will be available on newsstands and in specialty comic book stores in the US on October 23, in the UK on November 8 and Australia & New Zealand on December 18.

Hardcore fans of the show are urged to join The Walking Dead, The Official Magazine on Twitter and Facebook for more details.

Have you watched The Walking Dead?  Are you one of its millions of viewers?  If so, will you pick up the magazine on newsstands?