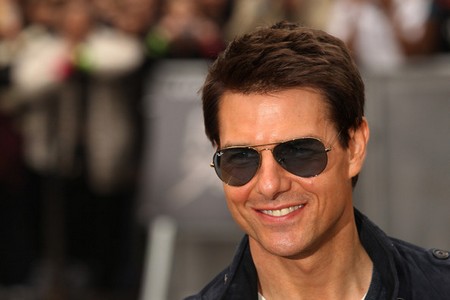 I really don’t know where this divorce between Tom Cruise and Katie Holmes is leading to.  First we hear that they’re going to be divorcing, then that they’re each trying to fight for who should have sole custody of Suri, then whether they will have the case heard in a court in California or in New York and now there is something else.  It seems like Tom Cruise is trying to stalk Katie Holmes with a little help from the Church of Scientology.

OK! Magazine reports that there have been weird reports of Katie Holmes being followed by a couple of men who are driving a black Mercedes SUV and a white Escalade for many weeks in New York City. A lot of people suspect that she’s being followed by Scientologists and that Tom Cruise is behind it all, especially now that Katie Holmes filed for a divorce from him.

Honestly,  I wouldn’t be surprised if Tom Cruise is behind this whole thing and that he’s gotten help from fellow Scientologist since he’s very outspoken about how devoted he is to his religion.

Right now Katie has rented an apartment in New York City, of course she rented it out secretly and hasn’t told anyone its exact location, for good reason. She’s moved into the apartment with Suri and they’ve been living there for several weeks already, about the same length of time that people have reported about the suspicious vehicles seen that they think are following her.

What’s your opinion on the subject? Do you think that Tom Cruise is stalking Katie Holmes and that the Church of Scientology is aiding him? Or do you think people are over reacting?