Anderson Cooper: ‘I’m Gay, Always Have Been, Always Will Be’ 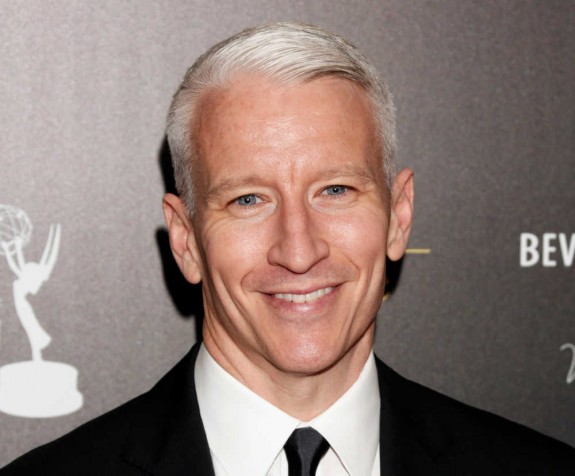 CNN’s anchor and journalist, Anderson Cooper has come out and announced that he is gay, “always have been, always will be.” It was something that people have been speculating for a very long time and it always seemed to have been a touchy subject with Anderson who always said that his private life doesn’t concern the public.

Now, Cooper has finally opened up about his sexuality and he’s reasons for it seem fair, too. According to Cooper, a recent article he read on EntertainmentWeekly, discussing celebrity’s gay sexuality – being afraid to come out and ruin their reputation and not standing by what they believe in, made him pull the trigger and write the open letter as he says he’s comfortable with who he is.

In the letter, some of the things Anderson mentions is that his friends, family and colleagues knew that he was gay, he hadn’t been hiding it from anyone. He just didn’t want his public life exposed in any critical way to the press.

“I’ve always believed that who a reporter votes for, what religion they are, who they love, should not be something they have to discuss publicly. As long as a journalist shows fairness and honesty in his or her work, their private life shouldn’t matter,” Cooper wrote.

“Recently, however, I’ve begun to consider whether the unintended outcomes of maintaining my privacy outweigh personal and professional principle… The fact is, I’m gay, always have been, always will be, and I couldn’t be any more happy, comfortable with myself, and proud.”

He continued: “I have always been very open and honest about this part of my life with my friends, my family, and my colleagues. In a perfect world, I don’t think it’s anyone else’s business, but I do think there is value in standing up and being counted. I’m not an activist, but I am a human being and I don’t give that up by being a journalist.”