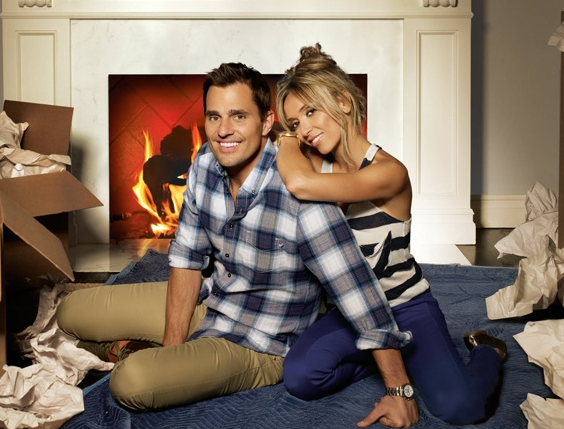 Giuliana Rancic has said that there is a small chance she might miss her baby’s delivery in August as she will be traveling out to London to cover the Olympics 2012. The reality star, who was diagnosed with breast cancer last year, shared the joy in April when she announced that she was expecting a baby through a surrogate, while the news that she was having a boy was revealed last month at her baby shower.

Rancic appeared on the TODAY show to talk about becoming a mother soon and how she’d handle the Olympics coverage and the baby delivery at the same time. She reassured, saying: “The baby is due the end of August, and I wrap at the Olympics [in London] on August 11. So we are going to be on standby,” Giuliana explained on the Today show.

“We think it’s going to be okay. The doctor assured us. He thinks maybe even early September the baby will come.” The Fashion Police co-host went on to say that her husband, Bill Rancic is over the moon that they are expecting a baby boy, continuing: “I think he thinks at 6 months they’re going to be playing catch. I’m like, ‘Honey, that doesn’t happen for a little while’. He’s like, ‘I was waterskiing at 3 years old’. I’m like, ‘Slow down, honey!'”