Frank Ocean On His Sexuality: ‘I Fell In Love With A Man’ 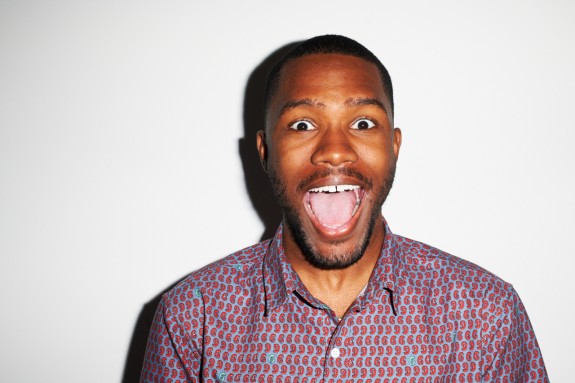 After a lot of speculation, Frank Ocean has admitted to having loved a man four years ago – someone he couldn’t have because that particular someone had a girlfriend, but had feelings for him too. The letter surfaced on his Tumblr page – which he posted himself – after there was a lot of speculation on Ocean’s sexuality just a week before the letter was published.

The opening paragraphs, he doesn’t hesitate to get to the point and admit his feelings for a man. As the letter goes on, it goes into his deeper emotions and feelings he had for him, yet he couldn’t have him because the person already had a girlfriend. The ‘Odd Future’ member explains:

“4 summers ago, I met somebody,” he wrote. “I was 19 years old. He was too. We spent that summer, and the summer after, together. Everyday almost. And on the days we were together, time would glide. Most of the day I’d see him, and his smile.

“Sleep I would often share with him. By the time I realized I was in love, it was malignant. It was hopeless. There was no escaping, no negotiating to the women I had been with, the ones I cared for and thought I was in love with.

“I sat there and told my friend how I felt. I wept as the words left my mouth. I grieved for then. Knowing I could never take them back for myself. He patted my back. He said kind things. He did his best, but he wouldn’t admit the same.

“He had to go back inside soon. It was late and his girlfriend was waiting for him upstairs. He wouldn’t tell the truth about his feelings for me for another 3 years. I felt like I’d only imagined reciprocity for years.

“I kept up a peculiar friendship with him because I couldn’t imagine keeping up my life without him. I struggled to master myself and my emotions. I wasn’t always successful.

“I don’t have any secrets I need kept anymore. There’s probably some small s**t still, but you know what I mean. I was never alone, as much as it felt like it. As much as I still do sometimes. I never was. I don’t think I ever could be. Thanks. To my first love, I’m grateful for you.

“To my mother. You raised me strong. I know I’m only brave because you were first. So thank you. All of you. For everything good. I feel like a free man. If I listen closely, I can hear the sky falling too.”