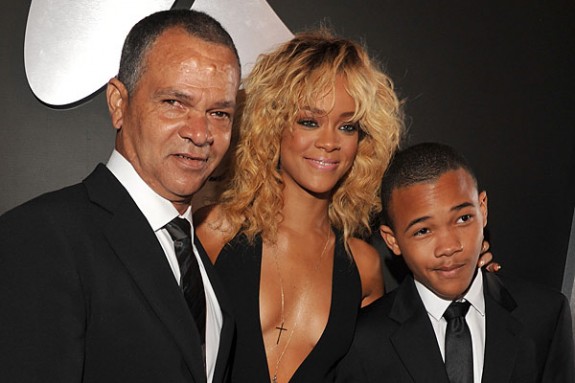 Rihanna‘s estranged father, Ronald Fenty says Chris Brown has definitely matured from his 2009 days, when he physically beat the living daylight out of the singer – leaving her face bruised from every angle. However, despite how messy things got three years ago, Ronald thinks that the two still make the perfect couple – not to forget, Brown was Rihanna’s first longtime boyfriend she ever had.

“Chris has matured a lot,” Grazia quotes him as saying. “I think everybody has to put the past behind them. And they seem to have done that. Being a couple is all up to her… I just wish her the best. I hope things will work out. Everyone is entitled to make a mistake. Her fans are hoping it will happen. They see them as a perfect couple.”

Meanwhile, Rihanna jetted back to Barbados yesterday to be with her family, after her sick grandmother, Clara ‘Dolly’ Braithwaite, passed away over the weekend. She has also decided to drop out of an upcoming gig, and hopes that fans aren’t too upset, as she just wants to comfort her mother at this moment in time.