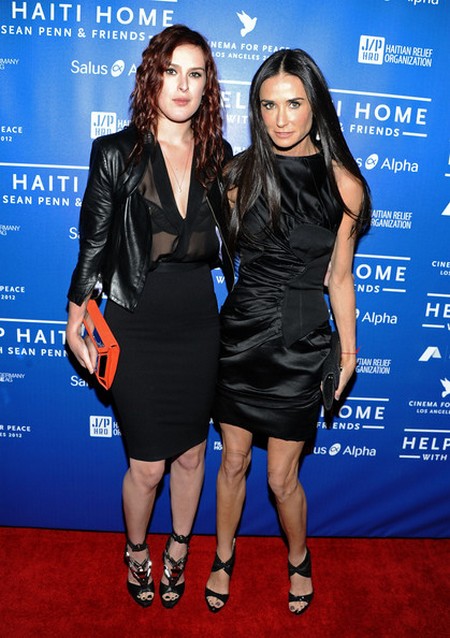 Basically, Demi’s daughters have had enough, “Rumer, Scout and Tallulah just don’t want to deal with the drama at the moment, since breaking up with Ashton, Demi has been a mess. The girls were there for her through it all, the split and the rehab but now they just feel like they need a little distance.”

The final straw just happened recently, “The breaking point was Tallulah’s graduation. None of the girls wanted Demi there but she turned up anyway and it was really strained. They had a huge fight afterwards and the girls decided it would be in their best interests to take a break from Demi for a while.”

The girls are also upset because of Demi’s feud with Ashton, “Another huge bone of contention has been the girls’ relationship with Ashton. They all adore him and talk to him regularly whom Demi hates, but he was a huge part of their lives when they were growing up and they don’t want to break off all contact with him.This won’t be forever, but for now the girls’ just need a little breathing space and to concentrate on themselves and their own lives.”

One of Demi’s youngest daughters, Tallulah, has a lot more to deal with other than her mommy problems as she’s currently having problems with a nude photo scandal. Many photos, of this 18 year old girl topless and smoking a joint are spreading like wildfire throughout the media. This is a good example of why you shouldn’t do drugs!