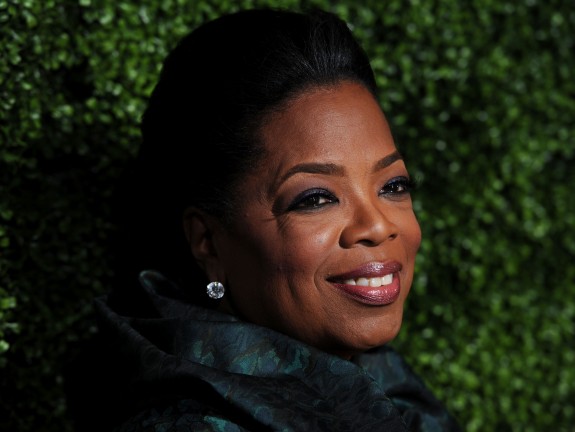 Oprah Winfrey’s reps have confirmed that the talk show host has purchased her father’s barber shop in Nashville. The billionaire mogul, who launched her OWN network last year, took over the shop for a reported $475,000 as her father Vernon Winfrey was unstable to cover the costs for the property.

“Oprah Winfrey has purchased Winberry Place in East Nashville, Tennessee, where her father runs a barber shop. The property was in foreclosure. Vernon Winfrey has been a fixture in the community for decades and will continue to manage the business on a day to day basis.”

Vernon’s wife, Barbara wasn’t too happy upon hearing that Oprah had bought the building as she said:  “I know what is going on and I’m tired of it. I’ve had enough. People are giving him the wrong advice and it’s leaving me in a situation. He believes what he’s told. His daughter doesn’t care about the community. His daughter doesn’t care about the barber shop. But I do.”

Oprah’s reps continued that Vernon will still be in charge of the barber shop; – it was just a business move so that her father wouldn’t have to worry about the expensive costs every month. Vernon has said that he isn’t on good terms with his wife over the whole move for Oprah to take over, but Winfrey has said that he knows what he’s doing and he’s happy with his daughter’s help.