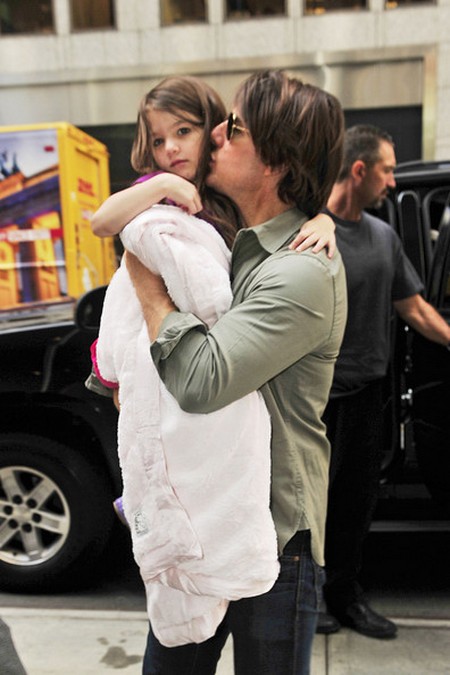 Tom Cruise seems to have kinda admitted defeat, during the 4th of July Tom tried to find a way to get temporary visitation with his 6 year old daughter Suri with no success.  So Tom is headed to court to get a legal court order that he can see his daughter.

Tom had quite a lot planned for what he was going to do during his 50thbirthday; he planned to spend the day with his wife and daughter in Iceland where he’s currently filming his new film. But those plans were ruined and he had to come back to Beverly Hills where he met up with ex-wife Nicole Kidman, Bella and Connor.

Katie Holmes filed for a divorce in New York City since she preferred how the court handled problems such as divorce and child custody, a source reveals that someone close to Tom told him

“The first move his Los Angeles-based divorce lawyer Dennis Wasser has advised him to do is file for divorce in California. This will most likely happen by the end of the week. Tom has told Dennis and Bert Fields, his long-time entertainment lawyer, that his first priority is getting a court order in place, obviously a temporary one, which will allow him to legally see his daughter.

Team Cruise has extensive documentation to prove that Los Angeles is where the case should proceed, because this is where he says they have lived. Tom is extremely disappointed that Katie filed in New York, and he feels that she is trying to cut him out of their daughter’s life. Tom won’t tolerate it and told his lawyers that if he personally needs to go to court and make a plea in front of the judge for an order allowing him to see his daughter, he will. Suri knew it was his birthday on Tuesday, and she said she had made a card for him and made him a gift, and it just tore at his heart.”

If Tom cares to much for his daughter, then he should be thinking about her happiness, so far it looks like the problem was Scientology. Katie Holmes talked about how she was bothered by his faith, if he truly loved his child and wanted to make her happy all he had to do was give up the cult he’s following.

The custody case that will be taking place in Los Angeles is closed to the public and the press because of child protection laws, the source continued with “Tom has faith in his lawyers, and the legal system. Tom is also discussing the possibility of pursuing full legal custody of Suri. Tom could make a very strong case because he raised his two adopted children, Bella, and Connor with Nicole Kidman. Tom was their main custodial parent. Tom is just at a loss as to why Katie would go to such extreme measures when she decided to file for divorce. Tom’s lawyer will also request an order that Suri return to Los Angeles as soon as possible, and that she can’t travel out of the state without each parent’s prior approval,”

Tom will have no choice but to legally file a response in the New York City divorce filing and he “will ask that the case be dismissed because the Big Apple doesn’t have the legal jurisdiction or legal standing for the case to proceed because neither of the actors met the residency requirement. Make no mistake, this case will be heard in California. There will be some legal wrangling, but ultimately, it’s going to go through the courts on the West Coast”

Katie must be really happy to be away from Tom and no longer controlled by him or Scientology. No doubt she is a strong woman and will do what it takes to win custody of six year old Suri.

Who are you on in this war Team Cruise or Team Holmes?  Hit the comments and let us know!