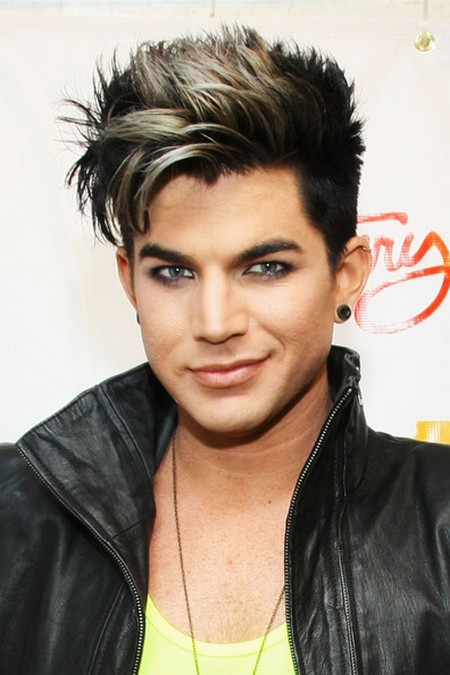 We all know Adam Lambert has more vocal range and sex appeal than a Chris Brown fan at a Rihanna hate rally, so why should he feel pressure?

Well, Adam is not doing one of his usual concerts, but is performing with Queen again (we would poop in the closet from fear) and will start singing the songs that made Freddie Mercury famous. Adam Lambert told The Huffington Post,” I’m not superstitious about it. I do recognize the pressure and the expectation and I want to do a great job, I don’t want to let anybody down. I want to put on a good show. But I also feel confident that I’ll be able to do that.”

We also have confidence in you Adam. We already got our pom-poms from the attic where our Aunt Joanie lives with her rats and perfume. She asks us daily when the moon landing is happening.

He also refers to the theatricality of the music, saying, “The music does resonate with me, because of my background in theater, and singing rock music, so it’s a natural fit. Freddie was so theatrical. Some of the songs are hard rock; some of the more obscure stuff could have been…Andrew Lloyd Webber.”

Adam Lambert also revealed recently that he would like to be in a movie one day.

“I’d definitely be interested in that. I did theater for about 10 years in Los Angeles and a little bit in Europe. Getting back into acting would be very exciting and something that would make sense for me. I don’t have any immediate plans but maybe something will come up. I think I’d like to try on-screen because I’ve never really done much of that, I’ve done a lot of theater and I’m not saying I won’t do more, but I’d like to do something new.”

We suddenly imagined Glamberts throwing their grandparents from cliffs and screaming on street corners from pure adrenaline fueled excitement.

Good luck Adam, you have enough fans to take over a small country in Africa, so we’re sure you’ll be just fine.

What do you think readers? Should Adam Lambert drink some lavender tea and chill? Or is his stress newsworthy?