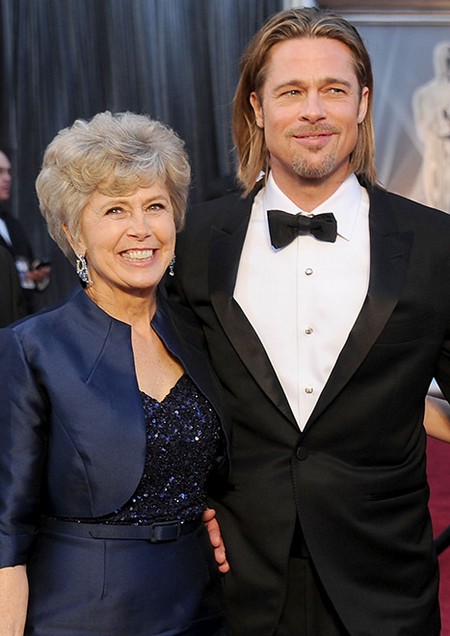 Brad Pitt must really want to hide his head.  His mother, Jane Pitt went on a verbal rampage the other day when she quite simply disagreed with a letter previously printed in The Springfield News-Leader.  On Tuesday the newspaper printed a letter written by Jane challenging the notion that Mitt Romney shouldn’t be president based on his Mormon beliefs.  Radar Online reports,

Jane — calling herself “a Christian [who differs] with the Mormon religion” — wrote in response, “Any Christian should spend much time in prayer before refusing to vote for a family man with high morals, business experience, who is against abortion, and shares Christian conviction concerning homosexuality just because he is a Mormon.”

She went on to write that “any Christian who does not vote or writes in a name is casting a vote for Romney’s opponent, Barack Hussein Obama — a man who sat in Jeremiah Wright’s church for years, did not hold a public ceremony to mark the National Day of Prayer, and is a liberal who supports the killing of unborn babies and same-sex marriage.”

Wow.  I wonder how Brad feels about his mother’s public viewpoint, especially since everything indicates that they are in complete disagreement.  Brad has openly supported same-sex marriage and donated a nice chunk to an anti-proposition 8 campaign in 2007.  He has spoken out on his belief that everyone has the right to live life as they choose, as long as it doesn’t hurt or endanger others.

Do you think the relationship between Brad and Jane will suffer now that she has made her position known in the most embarrassing way to her son?  Do you think that he will comment on her rant or instead just hope that it quietly disappears?  Tell us what you think in the comments below.