Justin Bieber And Selena Gomez’s Relationship On The Rocks 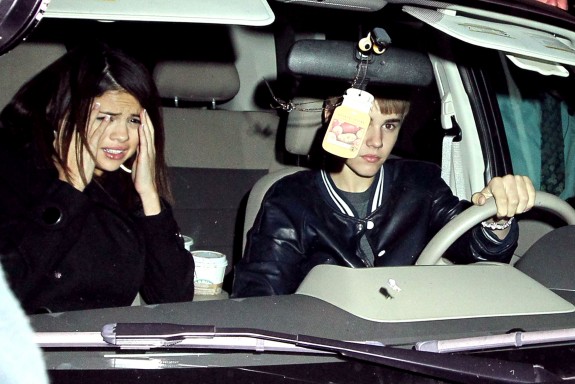 Justin Bieber and Selena Gomez‘s relationship has been very rocky these last few months, according to TMZ. The website claims that close sources to the couple have said that the two have been on and on-again, off-again relationship for since the pair first started dating 19 months ago – to make things more intense, they broke up just a week ago.

However, the two managed to work things out and reconciled after just a week of separation. Justin is still in the mind of a young teenager, while Selena is ready to settle down – but the teen star doesn’t seem to be ready for that, he wants to “be out there” and have fun, especially because he travels a lot and doesn’t get to see Gomez much when he’s on the road.

“They might be young, but Justin and Selena’s is a very adult relationship,” a second insider claimed to The Mirror. “They have had to grow up really fast because of the pressures of their careers. To begin with, their similar situations complemented each other, but now they seem to be drifting apart.”

Another source says the couple are close than ever and the rumors about the split is false, and far fetched. “[The rumors are] the furthest thing from the truth you could imagine,” the insider claimed. “If anything, they are tighter now more than ever,” E! Online reports.