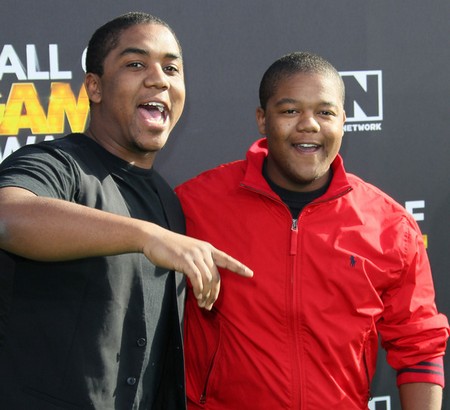 Former Disney star and ex Dancing With The Stars contestant  Kyle Massey is hopping mad at Bristol Palin and her new reality show Bristol Palin: Life’s A Tripp.  He is so mad he is suing ATI and McKenzie saying they stole his concept.

Massey claims he and his brother Christopher Massey came up with the concept for a reality show for Bristol Palin.  The original concept of the show was the Massey brothers helping Bristol, a single mother, raising her son.  Massey says at the last moment the plug was pulled and he and his brother was cut from the show.  The boys claim their concept was stolen and they were not paid.

The boys are suing for big bucks they want $500,000 which they claimed they were promised and they also want more $$$ for coming up with the concept.

I have a feeling the boys may have some trouble getting their hands on the money.  The show did really poor in the ratings and Life’s A Tripp has been removed from Lifetime’s prime-time schedule.

Bristol competed with Kyle on Dancing with the Stars and became friends after the show.  I am guessing their friendship is all over now.  Did you watch Bristol’s reality show?  Hit the comments and let us know what they show was like!