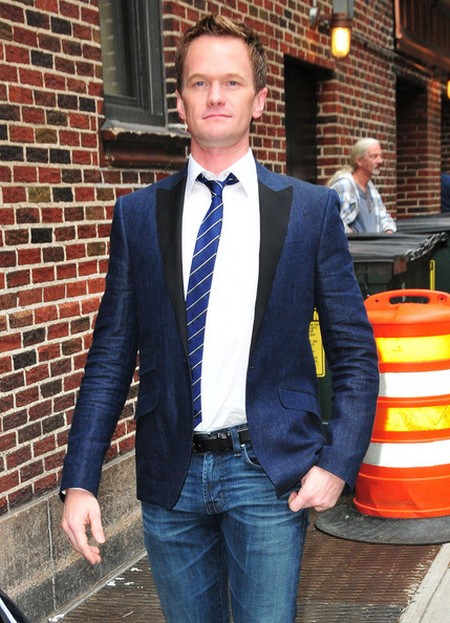 The only thing more stressful than one baby is a set of twins and apparently Neil Patrick Harris and longtime love, David Burtka are feeling the brunt of that.  It seems the duo finally recuperated from having new babies and found a sense of normalcy and now it’s all on the line.  Why?  Because David wants another baby and Neil is flat out refusing to even consider it now.

“Neil loves being a dad to baby Gideon and his sister Harper, but he doesn’t want to re-create ‘The Brady Bunch,’” a friend told The ENQUIRER.  “He’s so busy with his acting career and other work that it would be circuit overload for him to add another child to the mix – and this has upset David.  David believes that with all the good fortune they’ve had, they should share it with a large family,” said another source.  But Neil was nervous as could be becoming a dad to twins. He can’t imagine going through that again.  They have a pretty good system now with the twins, but Neil can’t imag­ine adding another baby to the equa­tion,” said the friend. David, on the other hand, doesn’t see why they wouldn’t want to. If they can’t resolve this, it could be the end of them as a couple.”

The twins were born in October 2010 and the couple has never moved forward to make any kind of wedding plans.  The first year and a half after having a new baby (or two) is a rollercoaster ride so maybe a pause in planning isn’t too shocking for the couple.  Neil also admits that he didn’t love the first few months of fatherhood, so those feelings could have easily caused issues between he and David.

Do you think Neil and David will end up marrying?  Can you see them together for the long haul or might babies and the pressures of Hollywood split the duo?  Tell us your thoughts in the comments below!