Beyonce Is Coming To Terms That Kim Kardashian Isn’t Going Anywhere, She Sees The Love She Has For Kanye West 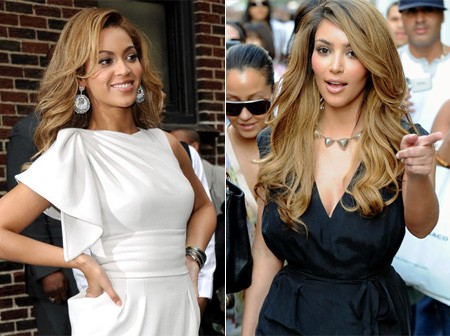 Beyonce is starting to accept Kim Kardashian‘s relationship to her friend, Kanye West. The singer, who has known West for almost a decade – when Jay-Z first signed him to his label – have been good friends ever since, but never was she introduced to any of his girlfriends… not even Amber Rose. However, since getting together with the reality star, Kanye knows that this relationship is a keeper – he’s never loved so hard for anyone before.

The Grammy winner and Jay-Z were puzzled at the idea of ever having to sit down with Kim when Ye first asked them to, but according to sources, Beyonce has never seen West so happy and didn’t want there to be any bad blood between her and Kardashian.

“Beyoncé and Kim are both regular churchgoers with strong Christian backgrounds, so no doubt Kanye will have encouraged them to bond over that. They’ll also be able to swap some exercise tips,” a source told Grazia. “When Kanye invited both women out to dinner, Beyoncé decided to give Kim a chance. Kanye’s never been in such a serious relationship and she saw how much it meant to him that they get along.

But, the questions still remains: Will Beyonce and Kim become the new best friends? According to the source, not so much,- at least not yet. “It’s unlikely that they’ll be texting each other every day, but Beyoncé doesn’t want a feud.” However, just a month ago, the thought of even being in the same room with Kardashian was never going to happen, The Sun reports: “Beyoncé’s not happy about Kanye’s relationship with Kim. She had a conservative upbringing which was very different to Kim’s.”