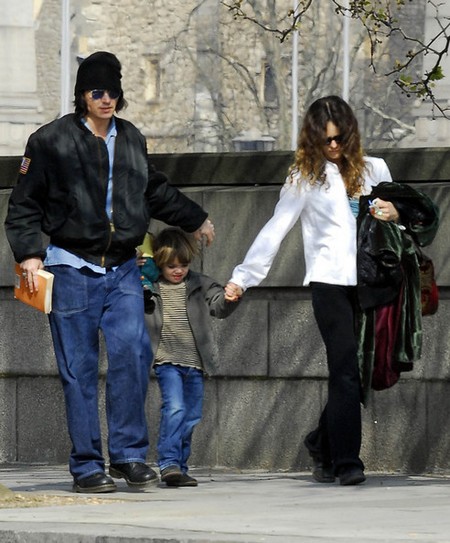 It had been rumored for months, and if finally happened.  After 14 years together and two children Johnny Depp and Vanessa Paradis went their separate ways.  Rumor has it Johnny has moved on to greener pastures and is romancing his co-star in The Rum Diaries, Amber Heard.  Whatever the reason, the battle is about to begin for their two children 13-year-old Lilly Rose and 10-year-old-Jack.

Johnny just wants it all to go away and according to sources has offered Vanessa a $100 million payoff. He hoped the money would calm her down and give him access to his children.   But Vanessa is too disgusted with his gallivanting around with Amber.  She feels Johnny dumped his family for Amber and she is not pleased.

What do you think is Johnny Depp in the middle of a mid-life crisis?  Should Johnny be allowed to see the children or is Vanessa right?  Hit the comments and let us know your thoughts!