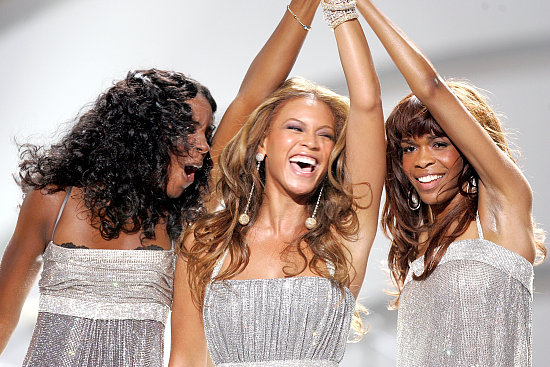 Matthew Knowles has revealed to Huffington Post that Destiny’s Child are gearing up to release some new music material. The three girls – Kelly Rowland, Michelle Williams and Beyonce Knowles – split in 2006, after releasing their final album,  Destiny Fulfilled, which has since been certified triple-platinum since its release in 2004.

“We still have our joint venture with Sony and in November we’re putting out two Destiny’s Child catalog records with new material. So we’re going to start doing strategic things like that,” he said.

But, Knowles clarifies that the songs which are to be released later this year are not newly recorded songs, they are songs that were never released – or never made the cut for any of the studio albums that the group released. And, to make things worse, there is no planned tour for the three girls either, he adds that all girls would have to be up for a reunion before considering to go on the road again.

“It’s all released material, with some previously unreleased material. Not on the first release,” Knowles said. “It takes a year of planning to do these tours, but first it starts with the artist wanting to do it. I think the ladies are still working happily in their solo careers,” he added. “I hope in the next five years that there is a reunion tour. I think it would be incredible.

Beyonce’s father, who was her manager until husband, Jay-Z took over last year, added: “The hardest thing would be choosing which songs they’re going to do, because we would want to mix it up with solo hits and Destiny’s Child hits. We would have to throw away some number ones from off the set list,” he joked.