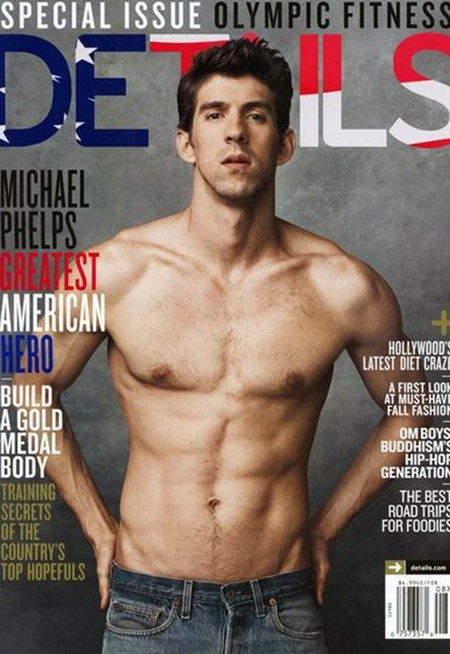 Michael Phelps being overweight is like a bad punch line for an Adam Sandler movie. The Olympic swimmer put on a massive 11 kilograms (25 pounds) when he stopped swimming. That’s the weight of a little Michael Phelps baby, stuck inside Octomom for 2 years.

He tells Details magazine, “It was weird going from the highest of the high, the biggest point of your life – winning eight gold medals – and then saying, ‘All right, where do I go from here?’ I wasn’t motivated. I did nothing, literally nothing, for a long time. I gained 25 pounds… A friend of mine and I were playing football on the beach in Miami and somebody got a picture of us… (My friend said) ‘Bro, you gotta start working out, man. You are fat.”

Michael Phelps didn’t rub his face with ice cream and cry into a soggy hot dog, no; he started exercising again, lost the extra weight and will compete at the 2012 London Olympics alongside Octomom’s dance single.

Don’t worry Phelps; we also experienced this fluctuation of weight recently when we dated a serial killer who looked like Tom Cruise. Fear makes you look like a dead whale.

Michael Phelps also added to the Details interview, “I realised that I probably hadn’t reached my full potential. There was still more in the tank… At this point in my career, everybody has caught up. I’m fine-tuning the little things that add up to make a huge difference.”

Michael will be competing at the London Olympics in less than a month, so make sure to watch him in action. We can ensure you that you won’t be seeing stretch marks.

Oh, and the serial killer? He’s lurking in our driveway right now, along with a Scientologist and tears.

Michael Phelps Apologizes For DUI After Getting Busted In Maryland