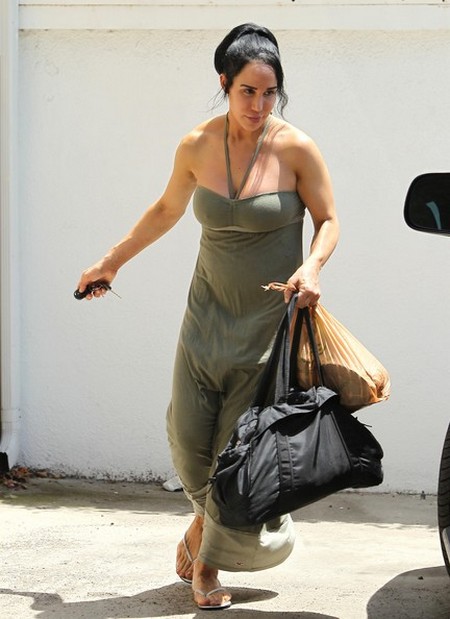 Nope.  Instead she’s going to release a dance song  called, “Get on the Dance Floor’ which is produced by Global Groove Entertainment.  Perhaps the scariest thing about this is that it is being backed by people who have worked with real names in the industry! DJ Mr. Mig and Mike Rizzo are producing the song and they both have worked with artists like Usher, Beyonce and Britney Spears. How exactly Nadya fits into this mix, I’m not sure but Adam Barta is also featured on the track with her.  I’m going to hedge a bet that he’ll be doing most of the singing too.

Can you believe that Nadya has lasted all these years, with all of those kids running around, while having no steady, solid income?  Let’s think of what we already know about her.  She has 14 kids without fathers for any of them.  Her home, when and if she has one to call her own, is disgusting.  She gets an outrageous amount each month in food stamps while never doing much of anything to support her kids on her own.   Latching on to a rich guy, being a momentary porn star or trying to sing are all better ways to pay bills then actually working on a daily basis.  She is the queen of impulsiveness and quick fixes. How on earth will those kids stand a chance of being decent grown ups?

Do you think Nadya really can sing or is this just another quick way to make money?  Tell us your thoughts in the comments below!