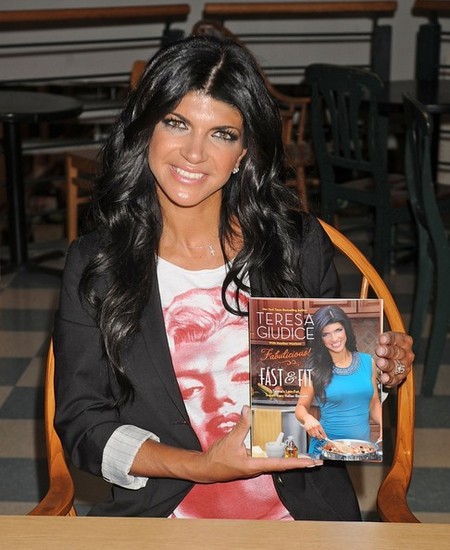 Teresa Giudice (try saying that fifteen times in a row and don’t get an aneurysm) has been so eager to get back to reality television after Donald Trump axed her on Celebrity Apprentice, that she will be meeting with Bravo executives in order to sign a new contract for Real Housewives of New Jersey.

According to Teresa’s Wikipedia page, she graduated from Berkeley College with a degree in Fashion Marketing and Management. She worked as a contributor to Vogue magazine in the New York fashion industry. Teresa is currently married to her husband of ten years, Joe Giudice. The reality television star is infamous for her appearance on Real Housewives of New Jersey and flipping a table at the end of the first season. Giudice joined the cast of Celebrity Apprentice in 2012 and ultimately raised $70 000 for her charity, The NephCure Foundation. The foundation is currently the only tax exempt charity to solely focus on “supporting research to identify the cause, improve the treatment, and find the cure of two potentially debilitating kidney diseases, Nephrotic Syndrome and FSGS”.

Wetpaint reports, “Teresa doesn’t want to wait till the last minute to negotiate her contract. She wants the job and she’s nervous about waiting.” Bravo fired half the cast of Real Housewives of New York last September and Teresa is anxious to get on the show.

What do you think readers? Should Teresa return to the land of reality television?

Let us know in the comments below!