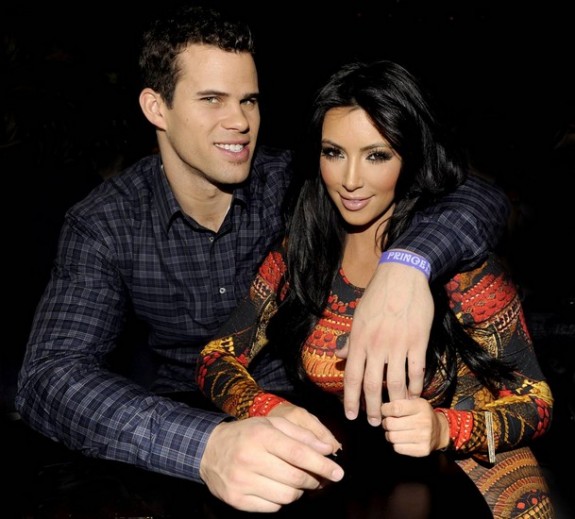 And the war continues. Kris Humphries will reportedly talk about how Kim Kardashian would tell him to get out of the way when photographers were around her, so that they can get a full shot of what she was wearing. The NBA star argues that because of his height, Kardashian wouldn’t be seen from the side if he was standing next to her and that annoyed her, she told him several times he needs to stay away a little so the photographers get a good shot.

“Kris plans on testifying at the upcoming divorce trial that Kim would often tell him to get out of the shot when photographers would descend upon them,” a source Radar Online. “Kim would complain that because of Kris’s height, he was blocking the photographers’ clear shot of her. Kim would get very upset if he didn’t move quickly enough.”

Kris’ story was that he was emotionally drained from the marriage, but it doesn’t seem like he will be mentioning that anymore, after it was confirmed he had been in a relationship with Myla Sinanaj, who be broke things off just weeks ago. It was reported that she was pregnant on Friday, however, she now claims that she isn’t – we’re not too sure on this one yet. Only time will tell.

Kris believes that the whole marriage was staged, he’s convinced that having to stay out of pictures so she can get a good shot is valid evidence to give in the court case. The insider continued: “The reason for doing this – so that the press could get an unobstructed view of Kim’s outfit. Kim would pore over what the press was writing about her, and she would become upset if her picture didn’t look good.”