Teresa Giudice Will NOT Quit real Housewives of New Jersey 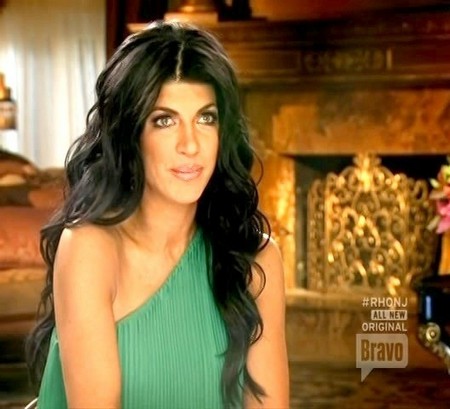 If you are a Real Housewives of New Jersey fan then you already know that Teresa Giudice is on the outs with all of the other wives.  She has let her hatred of sister-in-law, Melissa Gorja all but consume her. That has caused a very strained relationship with her brother, Joe. So strained that the duo attended a counseling session that seemed to do not a moment of good.  Now even long time friend, Jacqueline Laurito has separated herself from Teresa. With al of this drama swirling around her, you’d think Teresa would be ready to move on, right? Nope.  She set the record straight recently while out promoting her new cookbook, Fabulicious! Fast & Fit

“Yes, I’d do another season.  The third season was painful. It was really hard hearing what [my family] had to say about me. But I’m stronger now.” Says the notorious drama queen.

She’s stronger sure, but makes no mention of the fact that everyone around her has had very good reasons to be angry with her! Aside from the family mess, her friends understandably don’t appreciate her selling them out to the press!

Then there’s her husband Joe who is facing jail time for using a fake id.  That’s not the only legal trouble he has found himself in, it’s just the only thing that looks like it will ultimately stick to his record.  He sets nothing but a bad example in front of the couples’ four kids and Teresa inevitably backs him but then says,

“I want [my four daughters] to learn from mommy. I want to teach them that you don’t have to rely on a man to get through life.”

Really?  Teresa seems to be relying pretty heavily on her husband and does as he directs her too. Maybe mommy needs to take her own advice and then she’d have her family and friends’ backing again!

Should Teresa leave the Real Housewives of New Jersey or is it her drama that keeps the show alive? Tell us your thoughts in the comments below!