Christina Milian Disappointed In The Dream’s Parenting: ‘I Have To be 200 Percent Mom For My Baby’ 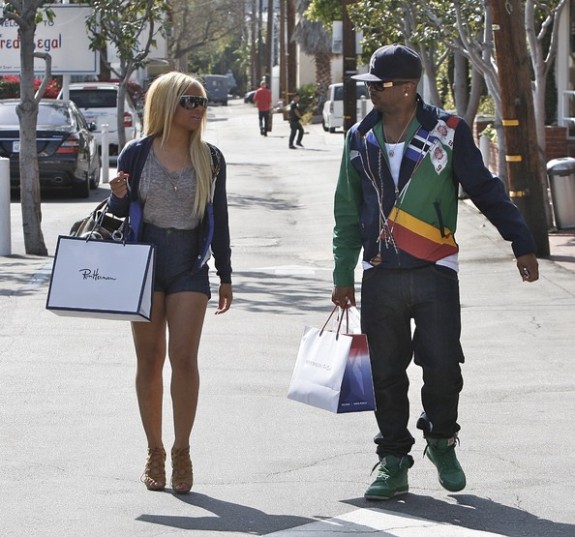 Christina Milian has expressed her feelings about her former husband’s parenting. The singer was married to music executive and producer, The Dream in 2009 – yet the marriage crumbled after just a few months when the mogul was spotted kissing another woman on the beach. Despite the short marriage, the couple didn’t waste time to have kids and produced a beautiful two-year old baby named Violet.

While doing some guest appearances on radio shows, the singer explained to Houston’s 97.9 that she’d love for her baby’s father to play a role in her daughter’s life, but at the end of the day, her main concern is making sure that Violet is happy and healthy – with or without having a father figure there for her and provide support.

“All I care about is my daughter,” the singer said “When it comes to the case of parenting and having another parent, I really would like for her to have a father in her life. And I wasn’t really happy at the moment and I’m still not in the best case but I’ve come to the realization that I have to be a 150 – 200 percent mom for her. It’s not about finances. No, it’s about spending time.”

“I remember what it was like as a child being raised by my dad and it meant something to me. And he and I actually had an off time when I was a teenager because he had left us for a while but he came back and he’s back in my life and I’m so thankful because he meant a lot to me and he taught me so much and gave me even that little bit of fear knowing that my dad was there to not do the wrong thing with men.”

“All that kind of stuff. So, I just would like that for her. But she’ll have that. And she’ll have that in somebody that will care and love her. She’s so easy to love, that’s the most amazing thing about her […] I couldn’t go a day without seeing her and I have three jobs at a time. I’m not relying on anybodies money or anything like that. I work my butt off and I’m a mom on top of that. And that’s the first job. That comes first to me.”

I’m not one of those parents or mothers who say, ‘oh you can’t spend time’, or be that way with a baby daddy and try to withhold their children and use that against them. I’m just going to leave it at;  My daughter is a great kid and she has a lot of love around her and some day she is going to have a man in her life that loves her the way I do.