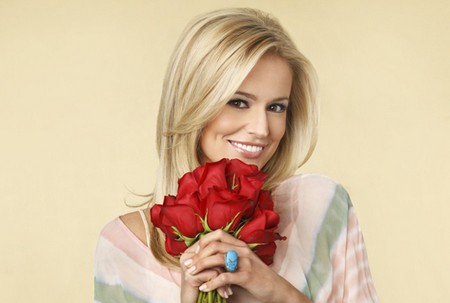 Current Bachelorette, Emily Maynard, has big dreams and shrewd business goals for herself.  Sure she may want to find true love and end up married to a great guy, but she also wants a career.  I guess Maynard has paid good attention to previous Bachelorette’s because she already is aiming to use this experience as a stepping stone towards a job in the entertainment industry.

“She’s using The Bachelorette as a stepping stone to be a reporter or host,” a show source tells Us Weekly

Emily is also proving to be a young, but very smart business woman.  When ABC decided they wanted her as the next Bachelorette, Maynard had her own list of requirements.  She had to be based in North Carolina rather than LA where the show typically films. She also drove a hard bargain and wanted a lot more money than the network was prepared to pay her.

“Emily told [producers] she wanted $750,000,” said a source close to Maynard, who receives financial support from her late fiance NASCAR driver Ricky Hendrick’s parents. “They said no way, but she settled for something higher than $100,000, probably around $150,000.” The source adds, “She knew she was the star, so she became a bit of a diva.”

I’m kind of surprised that a single mother who is financially supported by her daughter’s grandparents would be so sharp in business.  Perhaps Emily should put those skills to good use in the business world!  In the meantime, would she make a good reporter or host?  Is it a transition you can see her making?  Tell us your thoughts in the comments below!