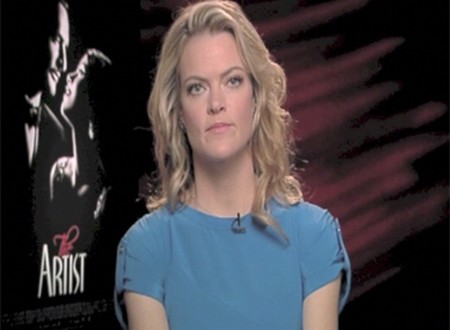 Hollywood Hiccups very own “Mr. Hollywood” Shannon Rose talks with actress Missi Pyle about her role in “The Artist” and other movies as well as her personal interests.

Missi Pyle has performed roles in countless movies and TV series including Dodgeball: A True Underdog Story, The Artist, Family Guy, The Mentalist, Two and a Half Men, and Anchorman: The Legend of Ron Burgundy. Missi was born in Texas and raised in Tennessee, but she studied at the North Carolina School of the Arts. She began her career working in Off-Broadway theater in New York and soon made her film debut opposite Helen Hunt in As Good As It Gets.

Missi discusses with “Mr. Hollywood” Shannon Rose her role in “The Artist” and other movies, her taste in movies and food, her idea of romance, and her past career aspirations.