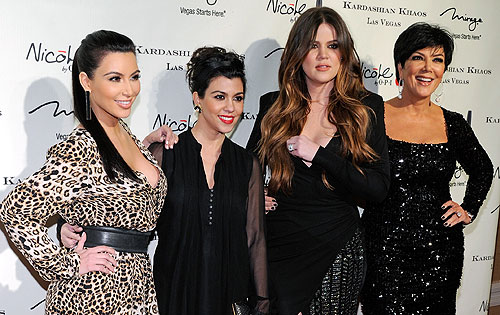 Pam Behan spent eight years back in the 90’s caring for both the Kardashian and Jenner families and it was only a matter of time before she would decide to talk.  Malibu Nanny: The True Adventures of the Former Kardashian Nanny documents her time with both families and doesn’t paint the best picture of power and fame hungry momager, Kris Jenner.

“When I got home, Kris, who was in the kitchen, looked at the groceries I had just purchased, and let out a torrent of expletives. ‘$#&%! $#&%! $#&%! I can’t believe you forgot the $#&%ing broccoli!,'” Pam writes.  “Broccoli was not on the short list she had given me that day, although it was a regular item on the weekly list. I did not know, shame on me, that keeping broccoli stocked in the refrigerator was so critical.”

Pam also believes that Kris was focused on making sure that her kids would end up famous and well provided for.  It sounds like she was a shrewd, smart businesswoman even way back then.

“Kris always seemed to be rubbing elbows with people that were ‘somebody.’ Kourtney, Kim, Khloe and Robert spent time with friends whose parents were celebrities or people in the limelight,” Pam wrote.  “I believe she was grooming her children for their current celebrity status their entire lives… I do believe that the success they enjoy now is what she always hoped for and wanted for them and for herself.”

Kris may not have been Pam’s favorite person, but she really did bond with the kids.

“I loved those kids, and it was truly hard to leave them. Yes, I was the hired help and I had done the job I had been paid to do,” Pam wrote. “I poured my heart into my job, and I poured my heart into them. I nurtured them. I cared for them. Hopefully, I made a difference in their lives.”

I wonder if the Kardashian sisters look back at Pam with any fondness at all.  It sounds like Kris was awfully busy social climbing and juggling men to have really made her kids the top priority.  Sometimes celeb kids end up closer to their nannies than they are to their parents.  I wonder if this was the case here.

Do you think Kris is likely to meltdown over stupid little things?  Is she a total control freak?  What will momanager think when she learns that Pam Behan reveals the Kardashian family secrets in her book? Tell us your thoughts in the comments below!