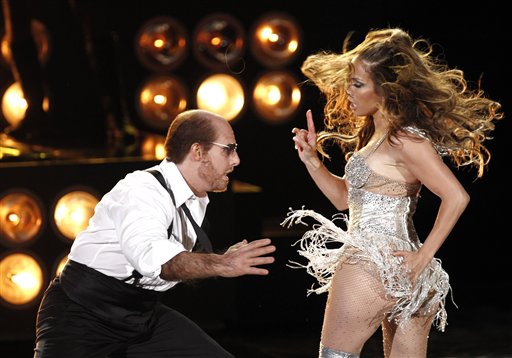 Jennifer Lopez says she was saddened to hear Katie Holmes and Tom Cruise were filing for divorce. Lopez told Entertainment Tonight that she can relate to how Katie feels, as Lopez also went through a public divorce to her ex-husband Marc Anthony last summer.

Jennifer, who is currently on her world tour with Enrique Iglesias,  is a good friend to Tom Cruise – the two performed at the 2010 MTV Movie Awards – and just like Victoria Beckham, she is not taking sides in the divorce. The singer explained to the source how she found out about the divorce and what her take is on the situation.

“They’re both really lovely people, and just like Marc and I, it’s not what you want to happen. You fight and you try until you realise you can’t anymore… I heard about [their divorce] when I was in South America and I was stunned. You know I just wish them, you know, peace in their decision,” she tells Entertainment Tonight.

“And really for Suri and their other children as well, because you become such a family,” Lopez explained. “It’s not just Suri, it’s Connor and Isabella and everybody, you know, you all become a family. And when that breaks apart, nobody wins, everybody’s heartbroken in some way. And I just wish them peace.”