Adele’s Father Wants To Reconcile With His Daughter: ‘I Want To Be There For My Grandchild’ 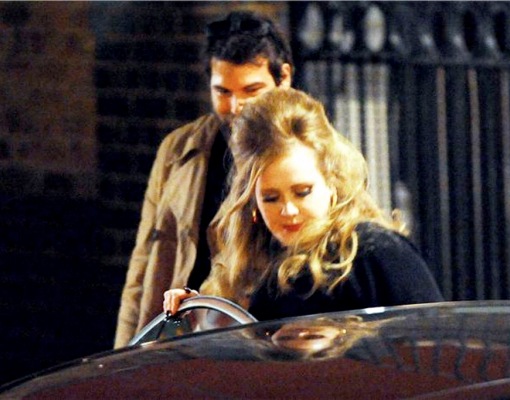 Adele‘s father has once again reached out to the media, explaining how he wants to be there for his grandchild, after the singer made the announcement two weeks ago that she was expecting her first child to boyfriend, Simon Knocki. Adele, who will give birth in September, according to reports, hasn’t spoken to her father, Mark Evans, and barely even knows him.

Mark walked out on the family when the singer was just three years old, and it wasn’t until last year, when Adele’s career really started taking off – reaching number 1 singles and albums all over the world – that her father made a desperate attempt to reconcile through the media, which she later publicly turned down, feeling that it was inappropriate doing it through the press.

Hearing that his daughter was to be a mother soon, Mark tells The Mirror: “I want more than anything to be part of her life again and to be a big part in my little grandson or granddaughter’s life. I’m having to face up to the fact that I may never get to know my grandchildren and it is breaking my heart.”

Speaking of the couple already getting serious, despite only knowing each other for a couple of months: “I wish Adele and Simon had been together longer,” he said. “I was the same when I was, coincidentally, pretty much the same age as her. No one could tell me anything because I thought I knew it all. I guess now I’m paying the price. A day doesn’t go by when I don’t wish I could change things,” he said.

“I know I’ve been a drunk and a self-pitying fool but my heart was broken at the time and booze was the only thing that made the pain go away. I am begging her to give me another chance… It breaks my heart to think I might not see her in the years ahead or hold my little grandchild in my arms. He will never hear from me again.”

“There’s consequences other than just getting a bit of f**king money that lasts you half a year,” she said of his appearances in the press. It blows my mind. ‘I love her so much’. Really? Why are you telling me that through a newspaper? If I ever see him, I will spit in his face.”