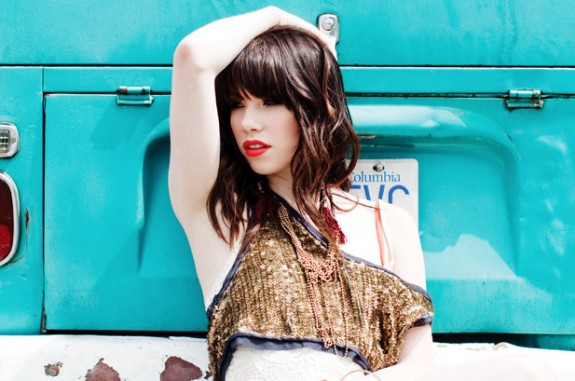 Carly Rae Jepsen‘s song has become the song of the summer, sitting tightly on the number 1 spot on Billboard Hot 100 Charts. She’s touring with Justin Bieber later this year, and seems to be up for anything, but one thing she doesn’t want to do is hand out numbers to anyone, despite the the lyrics in her song ‘Call Me Maybe’. Speaking to the AssociatePress, the singer was referred to the song, before being asked if she had ever handed out her number to a boy.

“I’ve done brave things for love before or for the possibility of the idea of love, but I’ve never quite done that and I’m pretty sure now that I never can because that would be really, really awkward,” Jepsen tells The AP.”

“That is a little bit strange. I’m not at the level of like, Justin Bieber and Katy Perry. I’ve been very enclosed in my hotel rooms and very enclosed in the studio right now, so the times where I’m out there is for a show or at the airport. The airport paparazzi kind of wigs me out a little bit. TMZ, I think, caught me and they’re like, ‘Carly Rae Jepsen carries her own suitcase’, and I’m like, ‘Is that not allowed? Who is supposed to carry it? I’m new to this’.”