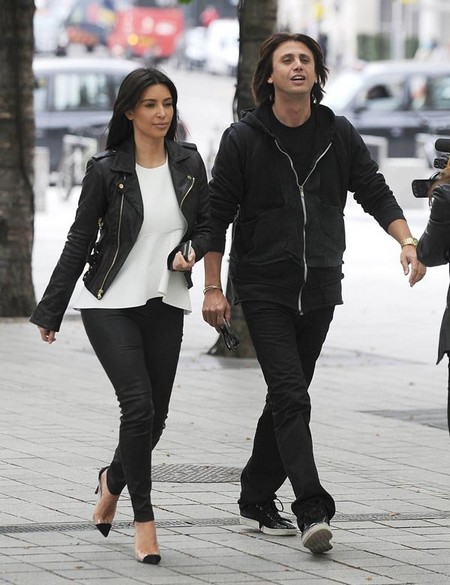 Kim Kardashian is suffering from a bit of BF-better-than-BFF after Sunday’s episode of Keeping Up With The Kardashians.

Kim was in the UK for business when she asked her longtime publicist and BFF Jonathan Cheban to fly out from New York and meet her there. Their arrival at the hotel did not result in them drinking expensive wine and watching The Graham Norton Show, but resulted in Kim’s closet stuffed to the brim with designer clothes, bought by none other than Kanye West.

“So Jonathan and I walk into the hotel room,” Kim said, “and I show Jonathan all the stuff that came from Kanye.”

Kim also had time to spend with Kanye when his music tour arrived in London, but Jonathan felt like that time you came to the conclusion that every friend you ever had has been married off to a billionaire and you’re sitting in your tiny one bedroom apartment, singing a lullaby to yourself and drooling in a fetal position.

Jonathan said, “If she keeps acting like this, I’m just gonna [sic] go home. I don’t even think she’ll notice.” We feel for you Jonathan…

They were at an outing at a club and Jonathan broke off from Kim to spend time with Scott Disick and Rob Kardashian. She was as lonely as a turtle under a palm tree.

The two eventually figured out their little spat and cleared the air. Kim said to Jonathan, “I feel like I’ve been so inconsiderate and I apologize … I love you and I want you here, that’s why I wanted you to come out.”

Jonathan responded with, “I want us to have some fun on my terms, as well”.

The two spent the day chilling in London and did tourist things, happy as could be.

We’re glad the BFF’s sorted it out!

Now let’s focus on getting out of our friendless depression and write a sad poem about a tree.