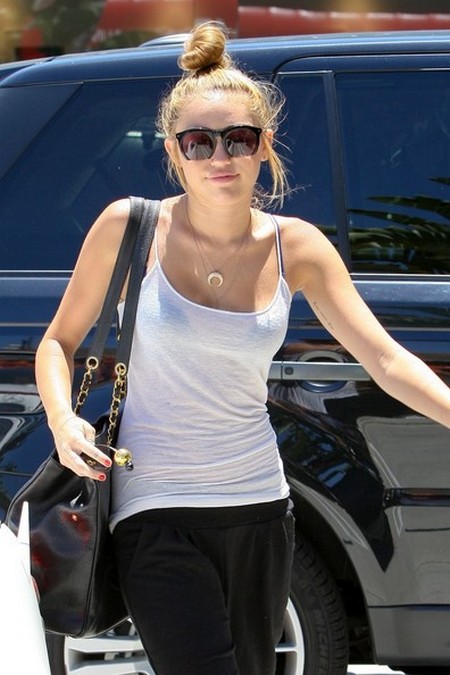 Miley Cyrus has been engaged to Liam Hemsworth for over a month. Miley just wants babies, and as quickly as possible!

Miley is set to get married to Liam and Miley isn’t as worried about wedding planning as about baby planning. A source tells Us Weekly, “Miley and Liam really want to have a baby quickly.” Why the hurry Miley? Why the sudden urge to become a baby bearing, hormone infused, knife wielding insane person?

Liam most probably has a serious case of “pink feet fever” after his older brother Chris Hemsworth welcomed his oddly named daughter India, in May.

A source close to the couple says, “They are both ready and mature for this. Miley is 19 going on 40.”

Liam and Miley currently have five dogs together and they’re looking to expand their family with the pitter-patter of curly baby toes.

The couple met when they worked together on The Last Song back in 2009 and Miley has been drooling ever since. Their highly publicized engagement sent shockwaves throughout the entertainment industry, not because of their   engagement, but because of that massive engagement ring of Miley’s that could sink an obese person.

Last week, Miley was spotted with a new tattoo inspired by President Theodore Roosevelt. The tattoo reads, “So that his place shall never be with those cold and timid souls who knew neither victory nor defeat.”

The Cyrus family has quite a few more issues on their minds, like Miley’s brother, Braison Chance, who was hospitalized over the weekend after an accident left him bleeding like a hemophiliac who suffers from hysterical blindness.