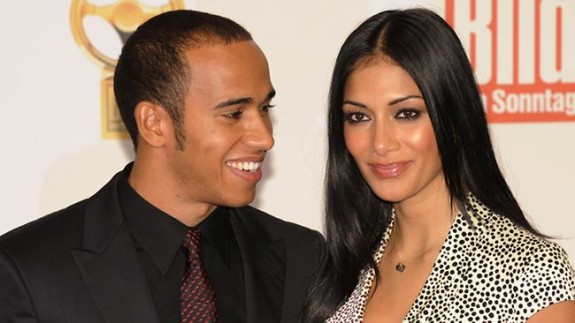 Nicole Scherzinger has made it clear that she’s not a pushover, and she’s not going to let anyone play with her mind. According to reports, Nicole is considering to dump Lewis Hamilton after she found out he invited ten girls back to his hotel room, with friend and rapper J. Cole. The duo spent the night at the Mayfair Hotel, and didn’t leave until 6AM in the morning – note, both had their separate rooms filled with women.

Scherzinger, who was confirmed to be the fourth X Factor UK judge last month, had been in several arguments with her boyfriend of five years on many occasions. It was claimed that Lewis was extremely unhappy upon hearing that Nicole had signed the X Factor deal without asking him on how he felt about it – he didn’t want her to go through the same stress she went through on the US version.

“Nicole has been humiliated and she’s not going to be a pushover,” a source claimed. “To say she is livid is an understatement. She’s not sure there’s any point continuing with the relationship and believes his heart isn’t in it.” The insider added: “What kind of idiot in the public eye humiliates their girlfriend like that, especially someone as beautiful and successful as Nicole? Lewis’s behavior this week could be the final nail in the coffin.”

Nicole’s salary remains to be $1 million – the same amount she received for the US talent show – not bad, right? Whatever the case, we hope she works things out with Lewis. They’ve been together for such a long time.