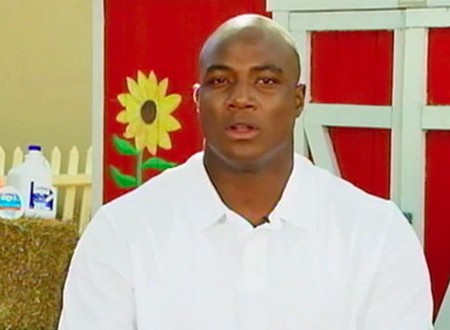 Hollywood Hiccups senior writer “Mr. Hollywood” Shannon Rose sits down with Dallas Cowboy Linebacker DeMarcus Ware talking about his involvement with the American Diary Council and the NFL on the project Play 60.

DeMarcus Ware was drafted in 2005 by the Dallas Cowboys as a linebacker by Bill Parcells in the 11th pick of the 1st round out of Troy University. ESPN Pete Prisco rained Ware as the best defensive player going into the 2012 season and 3rd best player overall behind Aaron Rogers of the Green Bay Packers and Tom Brady of the New England Patriots.

Rose discusses with Ware his involvement with the Play 60 program which the NFL and American Dairy Council teamed up to promote. He talks about how important it is for children to stay active for at least 1 hour a day and eat right. He also discusses his football career and some of his favorite football movies.

Robert Pattinson Still In Touch With Kristen Stewart, Discusses Twilight And His…