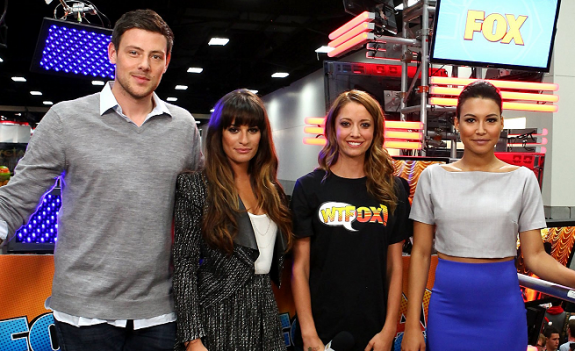 Lea Michele is coming back to Glee? Confusing, right? In the final episode of the show’s third season, a saddened Rachel Berry said her goodbyes to her former classmates and Glee club members as her boyfriend, Finn persuaded her to move to New York. Many may have thought that it was the end for Lea Michele (who plays the character), but it doesn’t seem to be the case at all.

Lea, who made an appearance at Comic-Con confirmed she was going to be back on the show, however, she did hint that her character will face challenging moments in the upcoming episodes – which are filmed in New York – as she’s no longer with her friends, and she starts to realize that she has to do things by herself now.

“I’m doing [a Barbra song] in episode one,” she told Perez Hilton at Comic-Con. “Well, it’s Barbra covering a popular song, I will tell you that. As far as Barbra’s songs are concerned, I really do feel like I’ve done my faves.”

Speaking on how her character will adjust to being alone in New York, and how she has come to terms with being away from her boyfriend: “She’s gonna be alone when we first see her… I think it’s going to be really interesting seeing her in this place. She’s always been surrounded by her friends in an environment that she knows and now she’s by herself with people she doesn’t know in a school full of 800 other Rachel Berrys.

“I think that’s going to be challenging for her. But I think she always works best when she has to fight her way to the top.”

Glee returns in September on FOX!