OMG! Kelly Osbourne Might Be The New X-Factor USA Coach! 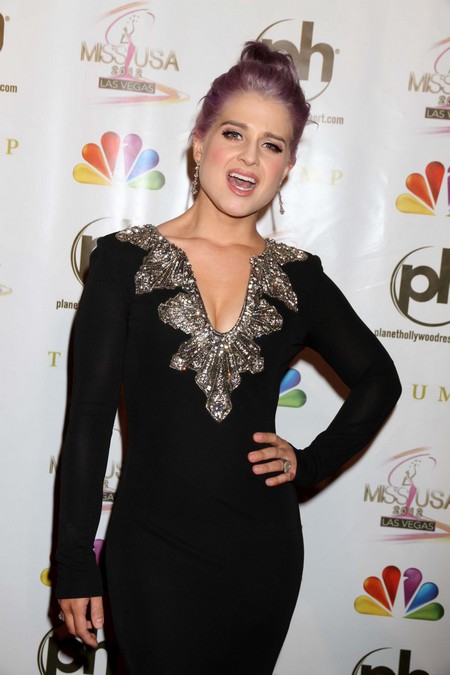 Kelly Osbourne has been tipped as the new X-Factor host. The lilac-haired UK voiced Osbourne kid will be a great addition to the show. We can smell it in the Simon Cowell infused air. Steve Jones (remember him?) was the hysterical UK-Americanized faux host who annoyed audiences at home with his terrible timing and his theatrical coup d’états. Thank heavens he was fired.

Khloe Kardashian’s name was being tossed around like the fake breasts of a model that had a water ski accident, but it seems the boss peeps at X-Factor do not think she has what it takes in order to be the host. An insider told Perezhilton.com, “Everyone loved Khloe, but honestly, she doesn’t have enough hosting experience. Kelly, on the other hand, is pretty well-versed. Production is definitely leaning towards Kelly.”

Rumours are swirling on the internet that Louis Walsh wants Kelly’s mom Sharon Osbourne, back on the UK version of the show as one of the judges, so this might be a wonderful way to celebrate the Osbourne’s affiliation with X-Factor.

We all know one of the biggest pull factors of the show is when the judges start fighting for their own acts. We all remember the drama of last season when Paula Abdul and Nicole Scherzinger collapsed like intoxicated nuns each time they had to vote off an act. Steve Jones wasn’t up to the job. He couldn’t keep the judges, or their egos, in line.

Kelly might just have that trick up her sleeve.

Kelly is currently fronting E!’s Fashion Police and she knows a thing or two about being graciously acerbic. She might be just the one to slap Simon Cowell on his naughty pasty face when he drops a truck load of insults on the token black guy who sings like Usher.

Let’s keep our fingers crossed for this one!