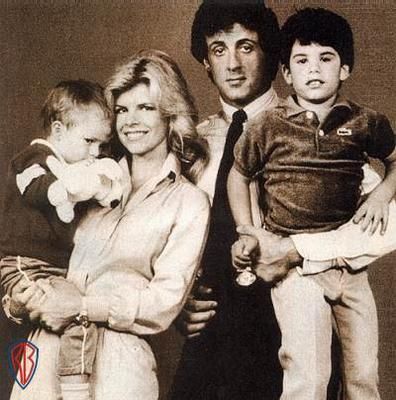 Tragedy hit famed Hollywood action star Sylvester Stallone after his first son, Sage Moonblood Stallone, was found dead at his Studio City residence on the night of June 13, 2012. Sage, 36 was the eldest child from Stallone’s marriage to Sasha Czack. Having acted since the age of 14, as well as producing films, Sage never fell too far from the reach of his famous father’s career.

Although a full autopsy was performed on Sunday, but no further reports have shed any light on Sage’s death beyond indications that it was accidental. The mystery behind the death is a fitting match with the unlucky day on which it occurred.

The body of the Stallone offspring was reportedly found by his housekeeper. According to police sources, Stallone’s body had been undiscovered for anywhere from three days to a week. Upon police arrival, he was declared dead. It had been said that the rising star lived a reclusive life, often holing up in the room in which he would soon be found dead, surrounding him with prescription pill bottles, empty beer cans, and other waste.

In light of the tragedy, a cousin of Sage’s has told the media that it was purportedly the fault of Sylvester and his new wife, Jennifer Flavin, for Sage’s death. Edd Filiti, 18, claims that Sly and his wife had cut Sage out of their life following the fresh marriage. Filiti, the son of Sly’s half-sister, Toni Ann, indicated that the severing of ties may have led to Sage’s early demise. There has been no statement answering Filiti’s claims from the elder Stallone’s camp as of yet.

While speculation hints that the Sly and Flavin’s distance had caused the young Stallone to be ‘depressed’, the numerous prescription pills were the point of interest at the scene of the death. Ultimately, it cannot be said what happened to the young filmmaker until the toxicology reports are released within the next 6-10 weeks. Investigators assume that these reports will shed further light on the mysterious death.

Sly told the media that the death of his eldest son was “an agonizing loss,” and now he and the rest of the world await the final report.