Casper Smart On Jennifer Lopez Romance: ‘It Was Not Love At First Sight’ 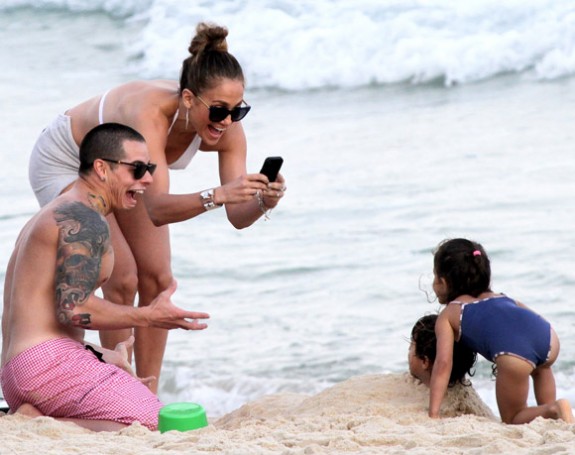 Jennifer Lopez‘s boyfriend, Casper Smart has revealed that his love to the superstar was not at first sight. Smart, who has worked with Jennifer on several shows as her backing dancer in recent years, got together with the singer just weeks after she announced her split from former husband, Marc Anthony.

Casper sat down with Good Morning America, where he spoke about his role as a choreographer of Lopez’s current world tour. The interview questions changed a little bit when he was asked if his love to the former American Idol judge was love at first sight, to which he replied to saying: “I don’t think it was [love at first sight] for either of us,” he explained. “It was just very natural how it happened. There was nothing before, no flirting, nothing.”

Smart, who has been in a strong relationship with Jennifer since last year – to the point where he even goes on vacations with her children, added: “Sometimes I tell her something, give her notes. But at the end of the day, you know, it doesn’t matter what position is what, because she’s the boss, you know?”

When Jennifer was asked if she would plan on getting married ever again, the singer seemed joyful when she said: “For me, the biggest dream is the fairy tale,” while talking to ABC News. “I will never give up on that dream.”