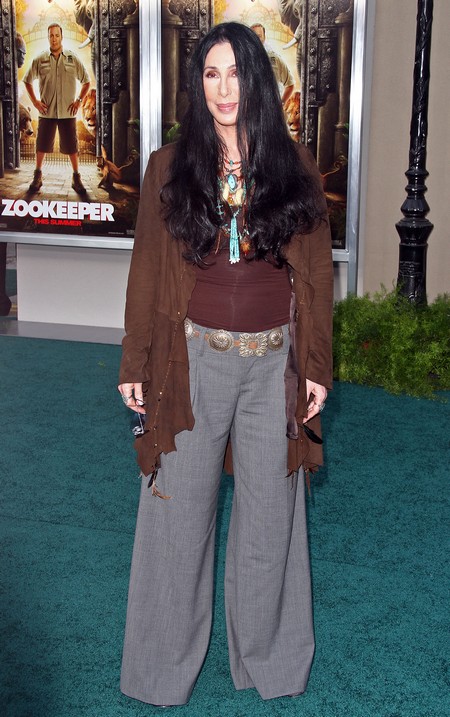 Talk about help coming from an unlikely source.  It seems that Cher has enlisted the help of good pal Mel Gibson– she wants him to find her a suitable man!  That’s right, for reasons that I can’t quite fathom, she believes that Mel with his million dollar divorce, numerous run-ins with the law, profanity-laced tirades and restraining order, can help her land Mr. Right. Go figure.  The National Enquirer has more,

“Cher’s well aware of Mel’s reputation, but they’ve always been fans of each other’s work and have had a fun-loving, lighthearted friendship,” revealed an insider. “She said she likes being single but Mel didn’t buy it. He told her she’s too beautiful to be alone and insisted that he could find her a good man.  Cher laughed and said, ‘OK, if you think you can find my Mr. Right…fix me up!  Cher is looking forward to her first date,” the insider added. “She’s expect­ing Mel to make good on his promise of being her personal ‘Millionaire Matchmaker.’”

Cher has never actually been very lucky in love.  She had failed marriages with Sonny Bono and Gregg Allman and then has had a bunch of semi-long-term romances that all have ultimately fizzled.  Over the years she has come across as a strong, independent woman that doesn’t necessarily need a man to be happy.  I’m thinking it’s probably not the wisest thing to take dating advice from Mel who has been a public train wreck for years now.

Should Cher let Mel fix her up or is she better off finding a guy on her own?  Tell us what you think in the comments below.

Mel Gibson Has Been Accused Of ‘Hating Jews’

The Mel Gibson and Oksana Grigorieva War is OVER