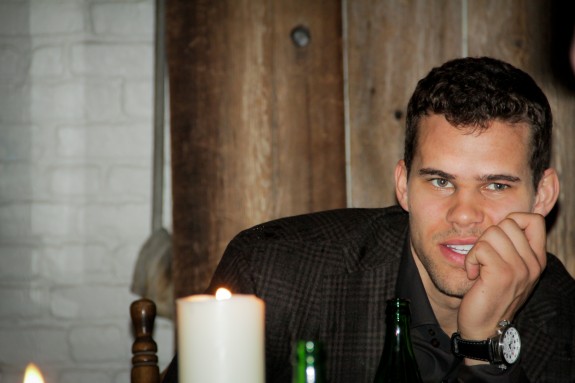 Putting all the showbiz drama to the side, there’s no denying that Kris Humphries is a good player. The NBA star, most known for his infamous 72-day marriage to reality star, Kim Kardashian, has signed a $24 million deal with the Brooklyn Nets, which rapper Jay-Z co-owns.

The 2-year deal confirms that Humphries isn’t going anywhere. The ex-Kardashian boyfriend has stepped his game up by a mile, knowing that his last contract he signed with the team was only worth $8 million. However, according to sources, everyone – even if you’re not a fan of Kris – know that the NBA player has really improved his skills and tactics throughout the season and nobody wants to lose him at this time.

Kanye West dropped a new song named ‘Cold’, where the rapper takes shots at Kris, saying he was lucky his good friend, Jay didn’t get him kicked off the team. Just to refresh your memories:

Humphries must have found the song hilarious, as he tweeted yesterday: “I’m up at Brooklyn! @S_C_ “lucky I didn’t have Jay drop me from the team” lol!,” after finding out the huge sum of money he will be getting paid for the next two years.