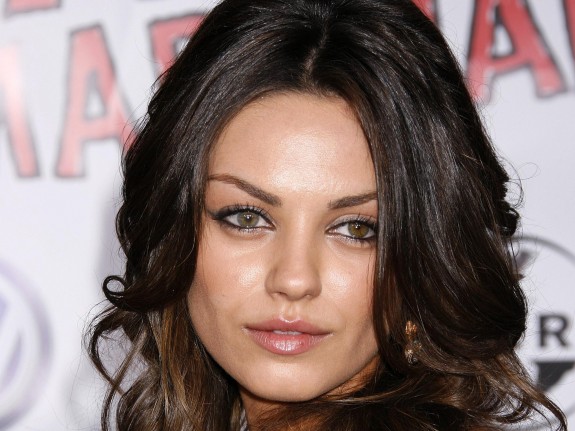 Mila Kunis has said that she stays away from the Hollywood glamor, as she prefers to just live a mediocre lifestyle. The ‘Friends With Benefits’ actress, rumored to be dating Ashton Kutcher, has said that working on two hit shows for fifteen years in total, has allowed to her to quit working if she wanted to.

Kunis’ net worth is believed to be $30 million, along with her several endorsed deals, with her most recent one being named the face of Dior. Talking to Interview, Mila explained that she’s happy to be in a lucky position where she can choose roles that she wants to be starring in, whilst having fun at what she does.

“I actually live a very mediocre lifestyle,” she explained. “Well, honestly, after doing a TV show [That ’70s Show] for eight years and a cartoon [Family Guy] for more than a decade, you are, financially speaking, in a very lucky position where you don’t have to work for the sake of working.

“I decided to take advantage of that. I don’t live lavishly, so it’s not like I have 20 assistants and travel privately and shop every day.” Speaking of her love for comedy roles: “I think that certain things are funny and certain things are okay to make fun of – including myself. I think that you have to laugh at the absurdity of this entire industry and the absurdity of what it is we do. If I didn’t, I’d go crazy.”