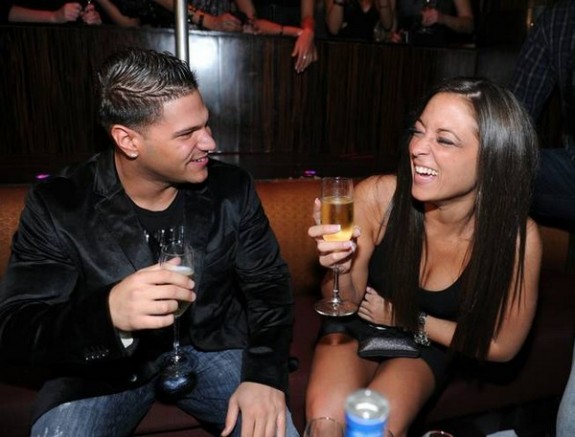 Jersey Shore‘s couple, Sammi Giancola and Ronnie Magro are moving in together, according to Magro himself. The couple who split in March, but decided to give love another shot when they started shooting the latest season of the reality show in May, are still going strong, even after they have wrapped filming scenes.

Ronnie tells Hollywood Life that the two are ready to move in together and have even started looking at apartments this past weekend. The reality star added that both of them have grown up and realized that they needed to figure out if their relationship was going to be going further, or if they were going to keep fighting, breaking up and then, getting back together

“We actually went to look at apartments this weekend, and found something, we are moving to New York,” Ronnie told Hollywood Life. “We’ve both grown up as people. We both had to find ourselves. We got to the point where if you can’t make someone else happy, you can’t be happy. We are very happy with ourselves and each other.”

Meanwhile, his Sammi added that she doesn’t feel the producers of the show portray her relationship to Ronnie properly – insisting that they make it more dramatic than it really is: “It’s only an hour a week. There’s a whole bunch more to the story,” she explained. “By being in a relationship, you go through a lot of ups and down.”