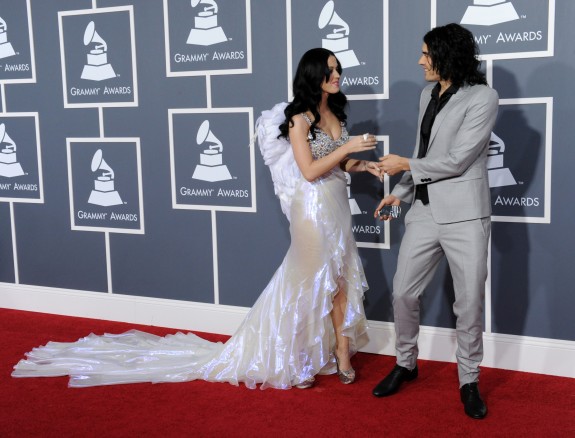 Nobody wants to let the divorce go do they? Russell Brand has said his ex-wife, Katy Perry‘s new song ‘Wide Awake’ is a “nice song,” adding that he has nothing but love for her, despite the fact that he filed for divorce due to constant bickering and arguments with the star. The actor was recently question by Howard Stern on his Sirius XM radio show on what he had thought about Katy’s new music – due to the fact that ‘Part Of Me’ sounded like it was aimed at Russell without a doubt.

The comedian seemed to have been in a good mood when he said: “She’s a good person, I’ve not nothing but love for her. I was very proud of everything she did. She’s a young woman dealing with the break-up of the relationship, which is understandable.” Speaking of ‘Wide Awake,” he added: “It’s a nice song.”

On why he doesn’t like to talk about his past relationship with the press – feeling that it will upset the singer – he continued: “She’s younger than me. She’s a young woman and she’s beautiful and she’s sensitive and I care about her deeply, I don’t want to be too glib,” he admitted. “She’ll read it and she’ll be sad and I don’t want that.”