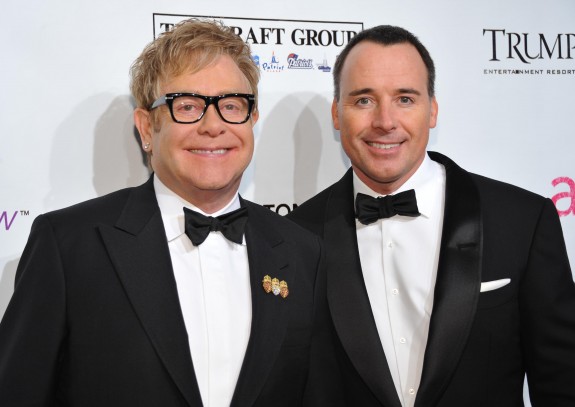 Elton John has said that he is very open to welcome another child to his family. The music legend and his partner, David Furnish, who had their first child, Zachary, back in December 2010 through a surrogate, says that despite the fact that both him and David want another child, they don’t know when the right time for it will be.

In the interview to Daybreak, Elton continues that not having a family of his own sooner, is one of his biggest regrets, but realizing that he has one happy son, a partner who he says he’s fortunate to have – he couldn’t be anymore happier – of course he will once then next baby arrives.

“We definitely will [have a second child],” he told Daybreak. “At what stage, we don’t know. We don’t want him to be an only child.” Adding on how fatherhood has changed him and his partner, David Furnish: “It changes everybody. It’s the most wonderful thing you can go through.

“I regretted that I didn’t do it sooner, but he’s changed our lives. I lived a rock star life until 1991, then it became a much more adult life. I’m glad I lived those years, because I appreciate now what I’m doing. I was lucky to find my partner, that’s been the saving grace of my life.”