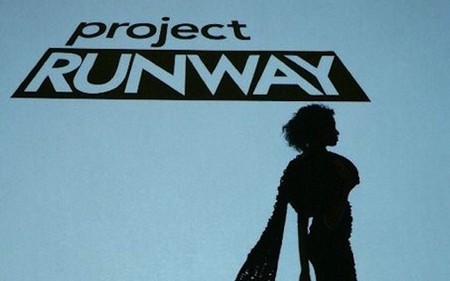 The tenth season of Project Runway premiered last night with Lauren Graham sitting on the panel as a guest judge.  One of the designers, Beatrice, is a wee bit obsessed with knits and tried to create two outfits out of the textile.  Her lines on the first dress weren’t bad but then she threw a scarf over it and covered up what worked.

The second outfit was just shapeless, uninteresting and ugly.  She was left in the bottom three and when it came time for critique, I think that Lauren Graham was trying to be nice and see the possibilities in Beatrice rather than telling her she flat out sucked.  Instead she told Beatrice that maybe she should stick to knit-jersey, or follow in the steps of designers who make t-shirts and other comfortable clothing. Comfortable clothing sells but Heidi Klum had a different perspective as she cut Lauren off saying,  “But they also will not win on ‘Project Runway’ if they just make T-shirts.”

It’s good that Lauren pointed Beatrice in a constructive direction, because she was the first designer to be fired from the show.

It seems Klum is taking a tougher approach to this season.  She wants things stepped up and is promising a season of touch challenges with lots of laughs and tears.  Things get so tough that two designers actually quit.  Klum believes that leaving is “childish” and that the two obviously don’t have what it take to make it in the clothing industry.

If you missed the show last night you can read a full and detailed recap here!

Are you a Project Runway fan?  Did you see last nights’ premiere and if so, who impressed you?  Tell us your thoughts in the comments below!